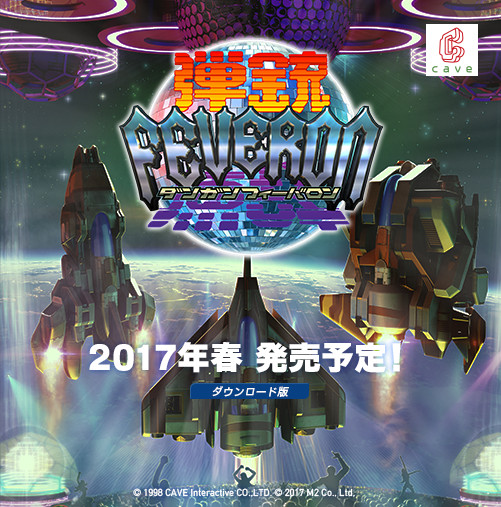 In 1998, a super groovy shoot 'em up came crashing down into arcades like a meteor. CAVE, the pioneers of the bullet-hell genre, presented fans with this high speed vertical scrolling shmup.

Its refreshingly simple gameplay focuses on the core shmup concepts of "Shoot" "Dodge" and "Score." Plus, the wacky disco themes including a funky soundtrack, glitzy mirrorball, and explosive dancing Bombers will pull fans into its psychedelic world.

Now, in 2018, to mark its 20th anniversary, Dangun Feveron is back and available on home consoles for the first time ever!

These useful gadgets will help you check your score for each stage, bosses' remaining Stamina, difficulty, and other useful details at any time. Plus, dancing Cyborgs and a flashy mirrorball help add to the funky mood! These M2 Gadgets are out of this world!

Get down to 4 different soundtracks!

Besides the basics like difficulty and button configuration, there's an abundance of options, as you can expect from M2. We have settings for Rank gain, vertical screen mode, scan lines, and more.
The hidden character Uotaro can even been used without needing any complex inputs.

Your high scores can be entered in the Online Ranking, sorted by Mode and Ship. Compete with Players from all around the world!
You can also upload and download Replays of legendary battles. Find the hint to victory from master Players!

Using the PS4®'s standard functions, you can push the SHARE button during the game to upload screenshots and movies to SNS services. Of course, you can do live streaming of your gameplay too.